A Brief History of the Kingston Springs church of Christ

The following is taken in part from an article in the Ashland City Times written by Dorris Wilson and dated Wednesday, May 5, 1976, page 3, and in part from a history of the Pegram church of Christ by Ed Sears, undated.

After the Civil War, a congregation formed along Dog Creek in Cheatham County. It is unclear whether this group called itself a Christian church or a church of Christ. During the late 1890's,  this congregation became very active. Around this time, a series of meetings were held in Kingston Springs under a brush arbor set up on the same property where the KS church building  is now located. Some Christians from the Pegram community - including perhaps some of the Dog Creek members - attended and supported these services. The Kingston Springs congregation appears to have been formed from these assemblies.

Plans for a permanent building were made one afternoon during a "business meeting" under this arbor. Construction of the original building was completed in October of 1904. The original building was a two-story wood frame structure painted white. Bible classrooms were upstairs, and the auditorium was on the first floor. The floor of the auditorium sloped gently downward from the rear to the front, and pews were arranged so that everyone had a good view of the pulpit.

Charlie Hall Judd was the first treasurer. His wife, Alma Dillingham Judd, regularly prepared communion for the congregation and was known for her hospitality to visitors. 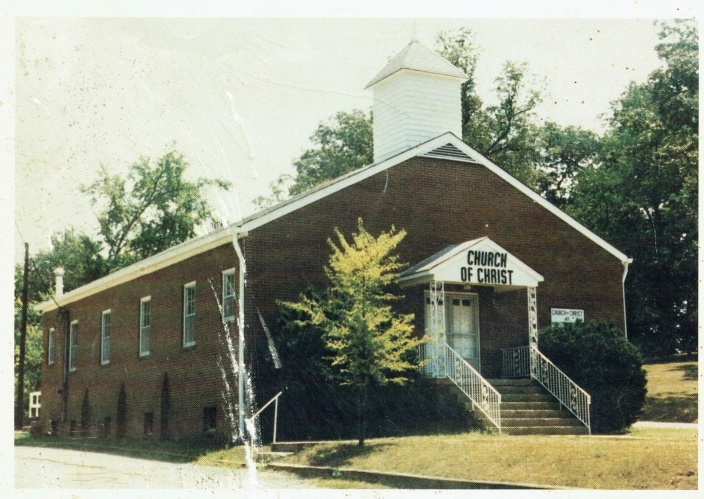